Let's limit this to VST synths and effects since we're in the VST section.

Arturia has their V Collection 7 for sale: https://www.arturia.com/black-friday-19#en

hurricane wrote: ↑
15 Nov 2019
Let's limit this to VST synths and effects since we're in the VST section.

Arturia has their V Collection 7 for sale: https://www.arturia.com/black-friday-19#en

McDSP has an up to $75% BF sale going on: https://www.mcdsp.com/plugin-index/

May be an idea to call the thread the Black Friday VST sales thread? Just so people know it’s VSTs only we’re talking about here.
丰2ॐ
Top

My eyes will be on DAW sales
Top 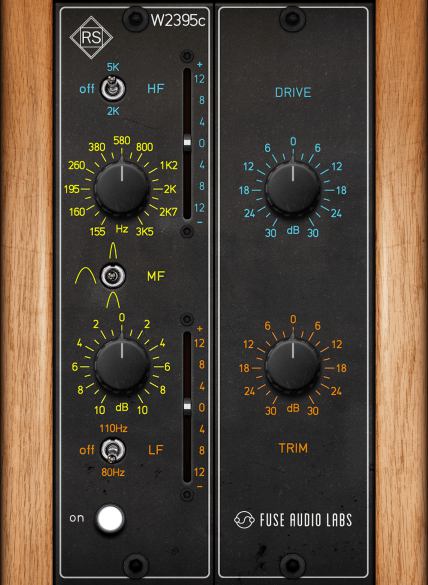 Studio One has a crossgrade offer... apply for it and you'll know

East West has a 60% off sale: http://www.soundsonline.com/mega-sale

If you own any Soundtoys plugins, you can get 50% off upgrades during their Black Friday sale: https://www.soundtoys.com

This thread, I imagine will fill up soon. I'm still contemplating what I actually need. I have plenty of Dynamics and Time Based plugs I'm not even using.

MrFigg wrote: ↑
16 Nov 2019
May be an idea to call the thread the Black Friday VST sales thread? Just so people know it’s VSTs only we’re talking about here.

Output is offering a 25% discount on Exhale Until the end of November, not sure if it’s a Black Friday sale but here it is:

last year waves gave away the sibilance de-esser, and after a year of use, i can confidently say it’s the best de-esser i have ever used.
Top

Metric Halo's BF sale is on.

You can grab their channel strip (a favorite of the legendary Serban Ghenea) for $39 (regular price $179): https://www.mhsecure.com/mhdirect/home.php?cat=257

Grammy Award-Winning Mix Engineer Jeff Juliano says, “ChannelStrip is so good that I often disable an analog send that isn’t doing the job in favor of ChannelStrip. The dynamics are reactive and the equalizer has air and warmth. ChannelStrip is useful both as an enhancement for tracks that are decent to begin with and as an emergency repair for tracks that have big problems. It’s a one-stop shop, and there’s a reason why it’s still an industry standard after well over a decade on the market.”

Grammy Award-Winning Mix Engineer and Producer Serban Ghenea says, “I’d attempt to compare it to other similar plug-ins, but the truth is I only use ChannelStrip. To me, ChannelStrip together with Pro Tools is the console.”

Like so many #1 Hit Mix Engineers, Billy Decker finds ChannelStrip indispensible. He says, “I once found myself in a situation without ChannelStrip, and I tried to mix anyway. It didn’t work. The mix sounded terrible, and I won’t ever try it again. ChannelStrip is absolutely indispensible to everything I do.”

Grammy Award-Winning Mix Engineer Richard Furch says that, for example, if he finds that he’s losing a particular instrument in the mix, he enables the compressor with his preset parameters and the auto gain make up “lifts out the sound of the mix a bit.” He continued, “I used to do that when I mixed on SSL consoles, but no other plug-in – not even SSL emulators – could replicate that trick quite this way and keep the gain exactly steady. ChannelStrip does. In addition, I often employ the high-pass filter on the compressor side chain and then lower the cut-off frequency to get more compression. It’s like a second threshold control, but it has its own, uniquely musical effect.”
https://soundcloud.com/hurricane-music | https://soundcloud.com/hurricaneaudiolab
Mac mini | Logic Pro X | Reason 10.4 | DX7 | DX7s | TX7 | CZ-1 | JP-8080 | Virus Classic | Roland XP-80/XP-30/RD-700/D2/TR-09 | microKorg I 03R/W | SL990 PRO
Top

last year waves gave away the sibilance de-esser, and after a year of use, i can confidently say it’s the best de-esser i have ever used.

Yeah I really like that one too. I have others with more bells & whistles (e.g. Selig Deesser), but for most jobs Sibilance is brilliant. Set and forget
www.berberox.bandcamp.com
Top

While it may not seem to be marketed as a Black Friday sale, Plugin Boutique has their VirtualCZ and Carbon Electra synths at 50% off through December 5th. VirtualCZ + a free expansion can be had for $39. Carbon + a free expansion for $25. You also get Nectar Elements for free.

VirtualCZ sounds 99% like my hardware Casio CZ-1 and there are tons of presets out there. If you can't grab Arturia's CZ, this is a really good alternative. The developer of VirtualCZ was involved in the develpment of Arturia's CZ.

Eiosis have their fantasticly sophisticated Air EQ on sale for $49: https://www.eiosis.com/aireq

"The Eiosis AirEQ could change the way you think about EQ-ing.

It’s hands down one of the most versatile equalizers on the planet, loaded with unique sonic characteristics and complimentary tonal shaping parameters which make it the perfect Swiss Army EQ for mixing and mastering ANY genre of music.

With the Earth, Air, Water, Fire, and Strength shaping features, you can literally fine tune your tracks with unparalleled precision."

Do you know what the regular price is for this?